Fire guts Karimo market in Abuja for the Second Time 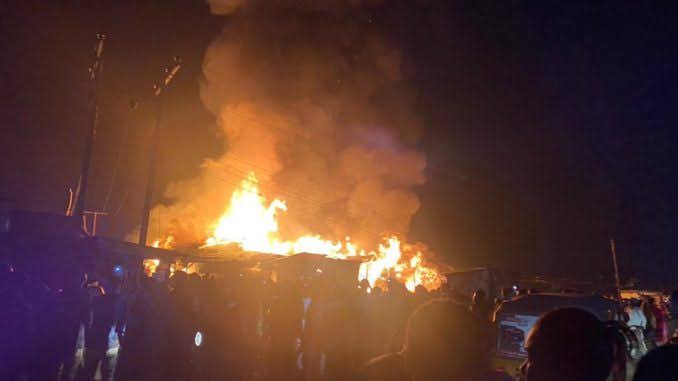 According to reports, many shops were said to be affected by the inferno, with goods worth millions of Naira lost to the fire outbreak.

The cause of the inferno is still unknown as at the time of filling this report.

It was also gathered that firefighters have arrived at the scene to extinguish the fire.

This is coming after the incident of July last year when the market also went up in flames, razing no fewer than 200 stalls.