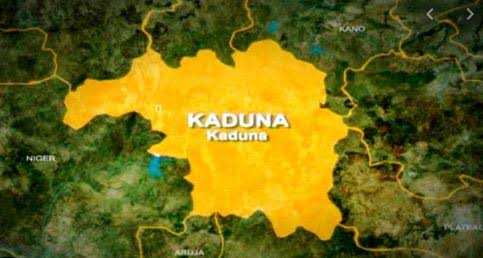 Oyogist.com has learned that the Kaduna State government has imposed a 24-hour curfew on Kaura and Jema’a Local Government Areas (LGAs) of the state.

This comes hours after bandits attacked Kagoro Chiefdom in Kaura LGA, killing at least 13 villagers while several properties were destroyed.

Mr Samuel Aruwan, the Commissioner for Internal Security and Home Affairs, announced this in a statement on Monday.

“Following advice from security agencies, the Kaduna State government has declared a 24-hour curfew in Jema’a and Kaura local government areas with immediate effect,” he said.

“This is to assist the security agencies to stabilise the situation in the areas, save lives and property, and enable the restoration of law and order.”

The commissioner condemned the violence and all acts of lawlessness that have occurred in the area, saying the government has given the security agencies full authorisation to enforce the curfew.

He called on residents in the affected local government areas to cooperate with the security agencies in a bid to restore peace and uphold law and order in the areas.

Aruwan also assured them that the government was monitoring the situation closely, stressing the need to avoid actions that could lead to a breakdown of law and order.

Residents told Channels Television that the assailants came in a large number on Sunday after which they stuck.

Apart from the villagers killed, they were said to have ambushed and killed three soldiers who responded to a distress call and set ablaze scores of houses in Kagoro.

The Chairman of Kaura LGA, Matthias Siman, who also confirmed the attack, put the figure of houses destroyed at over 100.

According to him, the bandits invaded the community in three 18-seater buses at about 7pm on Sunday and operated till 11pm.

Siman said 13 corpses have been recovered so far while search and rescue operations were ongoing in the general area.

He also identified the three soldiers killed as operatives attached to Operation Safe Haven who came to repel the attack.

If negotiation between I and Putin fails, that would mean that this is a third World War.” – Zelensky