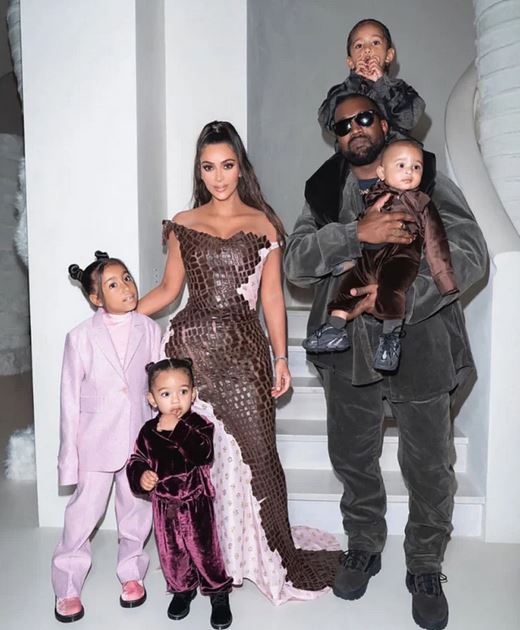 Oyogist.com has learned that the legal representative of controversial rapper, Kanye West is reportedly seeking to establish a formal arrangement between the billionaire and estranged wife, Kim Kardashian.

West, 44, and Kim, 41, currently have no official custody arrangement in place and this has caused drama between the estranged partners.

According to TMZ, Kim has allowed Kanye to visit their children whenever the Stronger rapper is in town and desires to do so, so long as their kids are not busy.

However, establishing a formal custody arrangement with Kanye can be difficult due to his frequent travels outside of Los Angeles.

The prospect of coming to a resolution out of court appears unlikely, reports TMZ, given Kanye’s anger over Kim’s new relationship with Pete Davidson and custody issues.

Insiders have told TMZ the exes barely speak to one another and have not communicated in some time, meaning it might be hard for them to come to an agreement.

Kim filed for divorce from Kanye in February after six years of marriage.

She had asked for joint legal and physical custody of the couple’s four children, North, 8, Saint, 6, Chicago, 3, and Psalm, 2.