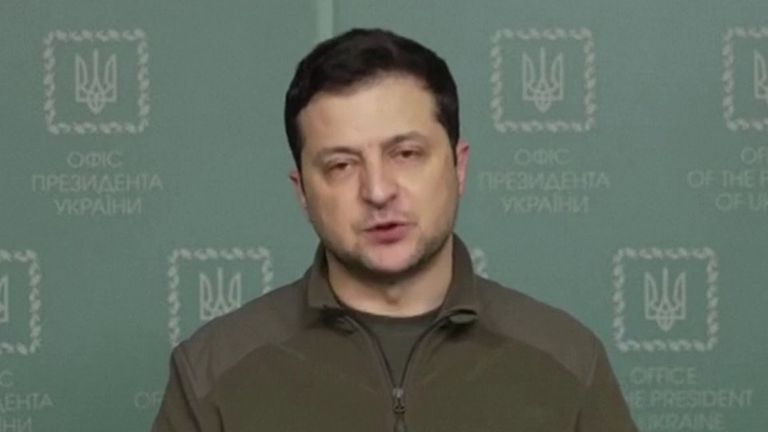 Oyogist has learned that Ukraine President, Volodymyr Zelensky has insisted that he would stay in the country until Russian forces retreat.

He made the statement while revealing that he’s in the Ukrainian capital Kiev inspite of the ongoing fighting there.

Zelensky, in a video message, said he would not hide and wasn’t afraid of anyone.

“I am staying in Kiev. Today is the 12th night of our struggle, our defence.“We are all on site, everyone is working, everyone is where he has to.

“I’m in Kiev, my team is with me,” Zelensky added.

The statement released by the President’s office said, “The highly professional military would be needed in the fight against Russian aggression.”

Zelensky added that talks with Russia would continue.

“We are realists, that’s why we’re going to talk.“We will insist on negotiations until we find a way to say to our people, this is how we come to peace.

“Every day of fighting creates better conditions for Ukraine,” he said.