I Made James Brown Who He Is Today – Bobrisky Brags 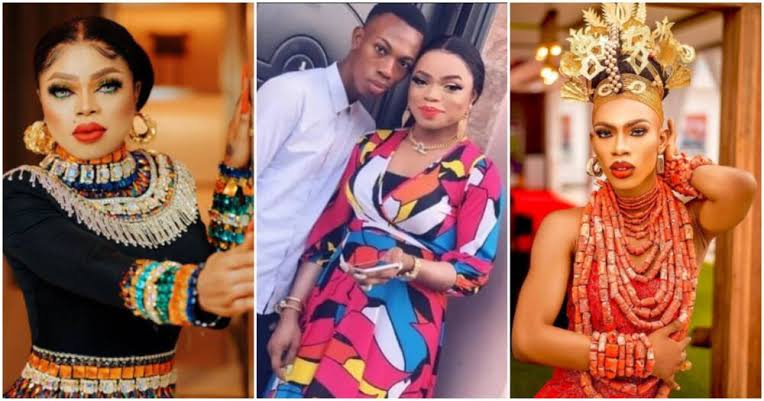 Controversial crossdresser, Bobrisky has bragged that he was the one that made his junior colleague, James Brown, famous, Oyogist.com reports.

He said this during a live session he had with Daddy Freeze on Thursday, February 23.

While addressing claims that he always clashes with people he calls friends, Bobrisky said;

”’This James Brown they are shouting, I made James Brown who he is today. I would say it anywhere. I posted James Brown on my page when every one was condemning him, calling him all sort of names. That was when he just came out. I was the person that asked him to come to my house, I gave him money. It is fine if he is who he is today. It is normal.

Like I said, people that are coming close to me are all coming for the same thing. They want the fame, they want the money, they want to use you, so the moment you are aware that I don’t want to be used anymore, they start fighting you, start having issues with you” he said.