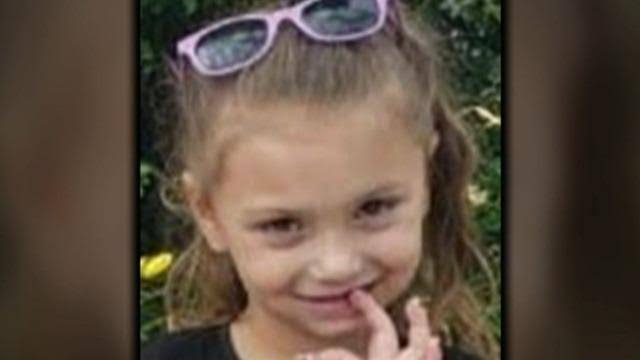 A 4-year-old girl who had been missing since 2019 was found alive and well by police hidden in a secret room under the staircase of a New York home, Oyogist.com reports.

Paislee Shultis, now 6-year-old, was rescued from the property in Saugerties in upstate New York on Monday night February 14, after authorities received a tip regarding her whereabouts, according to the Saugerties Police Department.

Officers spent an hour searching the home before they found the girl hidden in the makeshift room under the staircase which led to a basement.

Authorities say that a detective felt there was something odd about the staircase before seeing a blanket and a flashing light.

“Detectives used a halogen tool to remove several of the wooden steps, and that is when detectives saw a pair of tiny feet,” a Saugerties Police statement said.

“After removing several more steps, the child and her abductor were discovered within. The space was small, cold, and wet.”

The youngster was examined by paramedics who determined she was in good health and she was returned to her legal guardian.

She was reported missing from her home in Cayuga Heights, New York, in July 2019, with authorities believing she had been taken by her “non-custodial” parents.

Police had searched the property where the girl was found in a number of times, but the residents had “denied any knowledge of the little girl’s whereabouts.”

“During some of the follow ups to the Fawn Road location, authorities were permitted limited access into the residence to look around for the child, by both Kirk Shultis Sr and Jr … knowing the child and her abductor were hidden within the house and would not be found,” police said in a statement.

Cooper, 33, was charged with second-degree custodial interference and endangering the welfare of a child.

Kirk Shultis Jr., 32, and Kirk Shultis Sr., 57, were both charged with the felony of custodial interference in the first degree and with endangering the welfare of a child, which is a misdemeanor.

They were arraigned and have since been released on their own recognizance.

Stay-away orders were issued by the court against all three suspects, police said.

Neighbors were stunned that the missing little girl had been in the home all along.