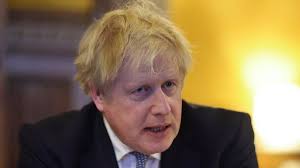 Oyogist has learned that the prime minister of United Kingdom, Boris Johnson has reportedly hired private lawyers on coronavirus regulations.

Mr Johnson is expected to be among more than 50 people in Number 10 who will get legal questionnaires from detectives working on the Metropolitan Police’s Operation Hillman.

In the House of Commons and elsewhere, he has repeatedly denied that he has broken any rules during the lockdown period, although several sources claims the PM partied with some ministers at no 10.

He has also repeatedly refused to say whether he will resign if he is fined by police.

Mr Johnson’s lawyer is expected to focus on the fact that Downing Street is both his home and his workplace.

At the time, the coronavirus lockdown rules made it illegal to be outside your home without a reasonable excuse.