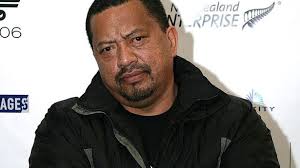 Oyogist has learned that Popular new Zealand Actor, Pete Smith, known for his roles in notable movies such as Once Were Warriors and The Piano, has died at the age of 63.

He passed away following a long battle with kidney disease, according to local reports.

Smith, a father of six, is survived by his children and wife, Mona Papali.

His son while announcing the news said;

“For the last seven years he’d been on dialysis which took its toll on him over the years. Within the last two years he was also diagnosed with dementia.

He said his father’s death was a great loss for the community.Smith made his film debut in the 1985 New Zealand movie The Quiet Earth, in which he portrayed a character named Api.

“I was a devil teaching prosperity, people were grieved, they wished I died”- Bishop Oyodepo