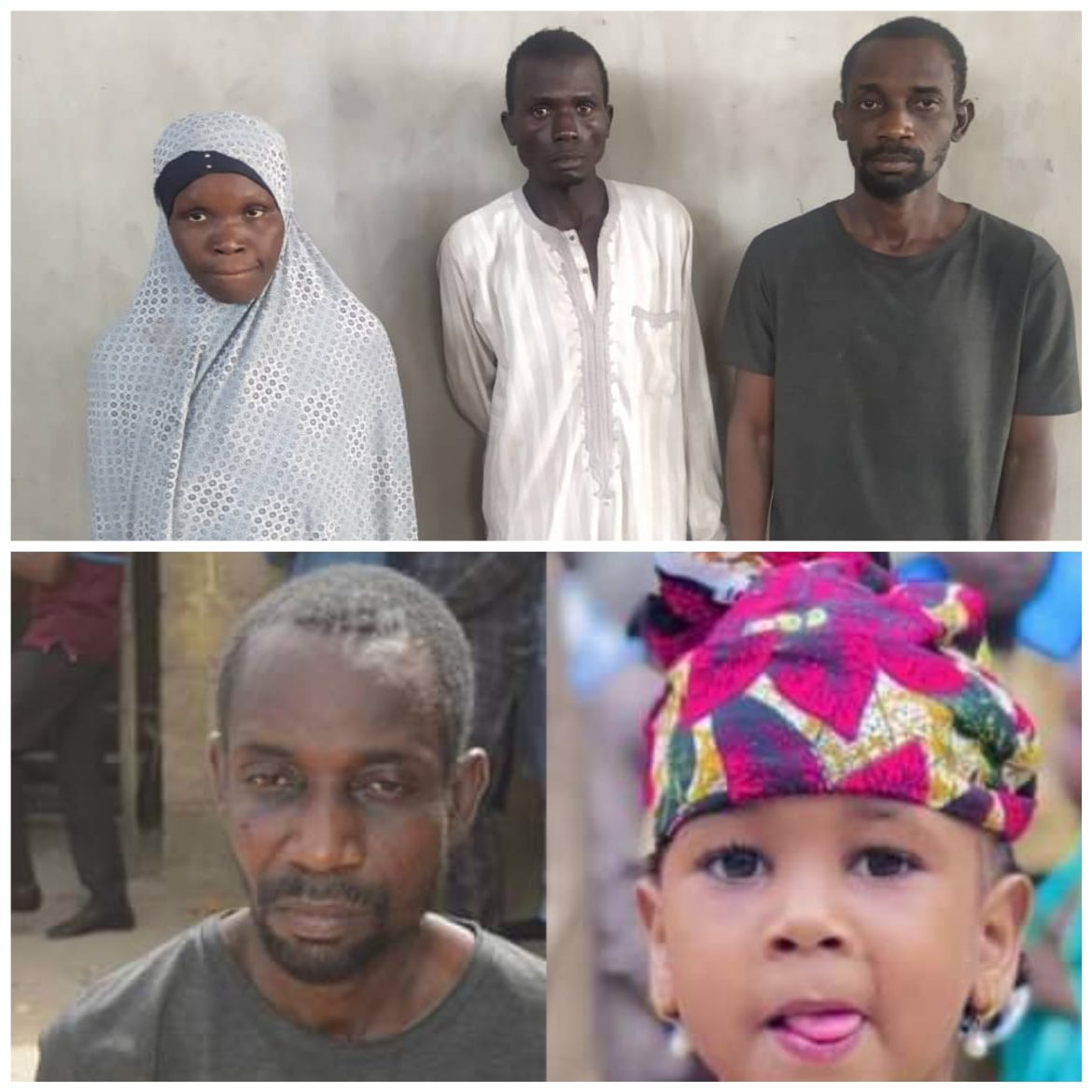 According to reports reaching Oyogist.com, a Kano State Magistrate Court 12 sitting at Gidan Murtala has ordered the remand of Abdulmalik Tanko, Hashim Issyaku and Fatima, in a correctional centre over the brutal murder of 5-year-old Hanifa Abubakar.

Tanko, the proprietor of Noble Kids School, alongside his two accomplices, were arraigned before the Magistrate Court on Monday.

They were charged for criminal conspiracy, kidnapping, concealing and keeping in confinement a kidnapped person and culpable homicide.

Prosecution counsel who is also the Kano State Attorney General, Barista Musa Lawan pleaded with the court to grant them seven days for the counsels to prepare the charges and for the accused to be remanded in prison.

The presiding Judge, Magistrate Muhammad Jibril ordered the suspects to be remanded in prison custody.

The matter was adjourned to February 2nd, 2022.

It will be recalled that Hanifa was kidnapped on December 4, 2021, on her way back from Islamiyya and killed by Tanko who initially demanded a N6 million ransom.

And even though the Ransom was paid, Tanko went ahead to kill the girl by poisoning her with rat poison and burying her in the school premises after he discovered that Hanifa recognized him.