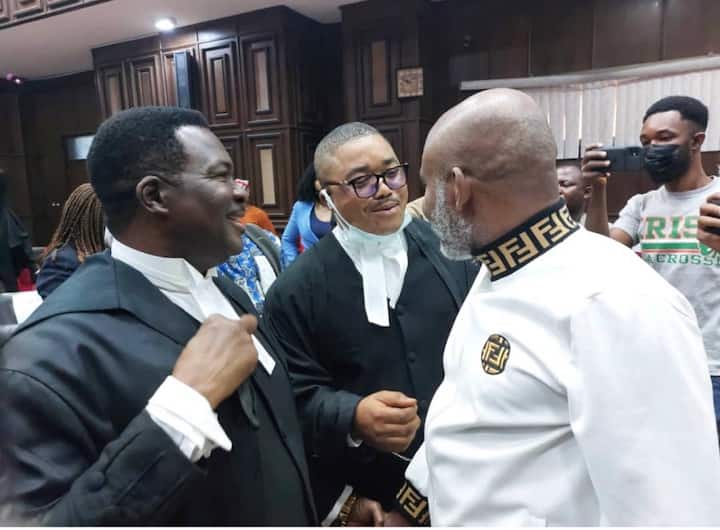 The trial of the detained IPOB leader who is currently facing 15-count amended charge bordering on terrorism resumed on Wednesday, January 19 2022.

Kanu while responding to the charges insisted that he was not guilty of the crimes.

The IPOB leader has been re-arraigned on a 15-count charge of treasonable felony.