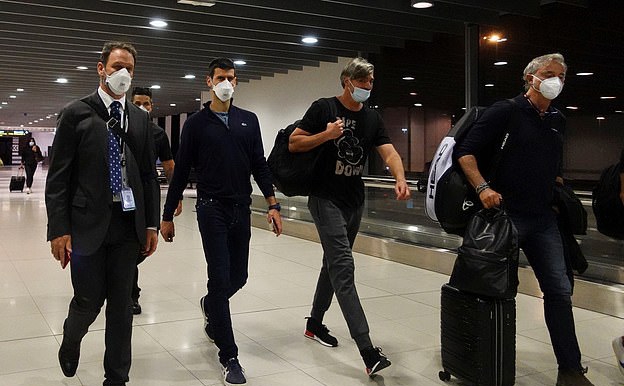 Oyogist has learned that an man United midfielder, Nemanja Matic, has slammed the Australian authorities for their treatment of tennis star, Novak Djokovic.

Recall oyogist had earlier reported that Djokovic was deported from Australia late Sunday night, with the Federal Court’s full bench backing with Minister Hawke’s decision to cancel his visa.

Matic called the authorities’ treatment of Djokovic “shameful,” and he expressed his support for the 20-time Grand Slam champion.

Their glory and your shame will endure forever,’ Matic said this time on social media. A shot of Djokovic winning the Australian Open accompanied his comment.