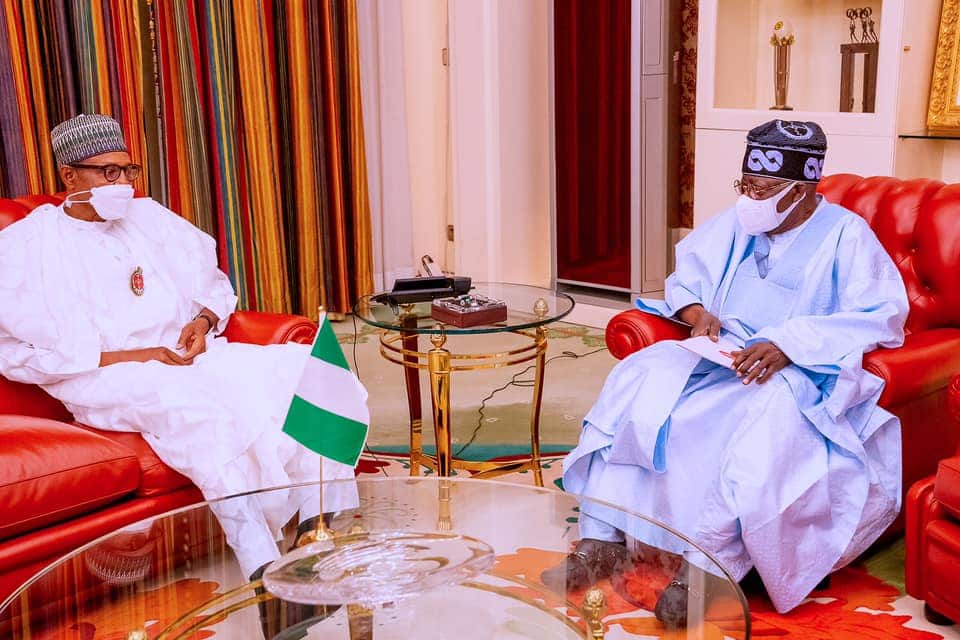 According to report reaching oyogist.com, Deji Adeyanju, has joined other Nigerians to reject the ambition of Bola Tinubu to become the president of Nigeria, come 2023.

Tinubu had on Monday met with President Muhammadu Buhari at Aso Villa, where he declared his interest in the 2023 presidential race.

The national leader of the All Progressives Congress (APC) told newsmen at the Aso Rock Villa that Buhari did not kick against his ambition.

The former Lagos State Governor’s ambition has been generating mixed reactions from Nigerians since Monday, with many advising him to leave the political stage for younger ones.

Reacting on Tuesday, the social media influencer said Buhari was 10 million times better than Tinubu, who he described as “the bullion vans merchant”.

According to Adeyanju, Tinubu would sell Nigeria to himself like he allegedly did with Lagos, saying he was a man with no known source of income except politics.

While praying that such calamity should never befall Nigeria, Adeyanju stated that Buhari was not selling Nigeria to himself.

“Tinubu, the Bullion Vans merchant will sell Nigeria to himself like he has done with Lagos State. A man without any known source of income except politics with private jets and uncountable billions.

“May such a calamity never befall Nigeria. Buhari is 10 million times better than Tinubu. At least, Buhari is not selling Nigeria to himself,” he said in a post.

Presidency: Kalu Said He Will Consider Contesting If APC Zones Ticket To SE