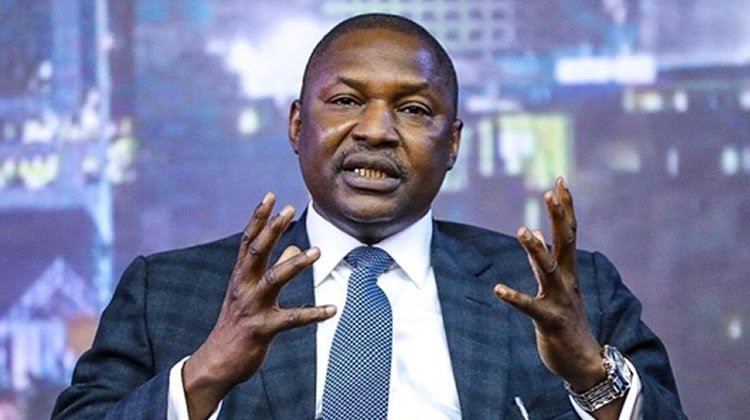 Oyogist.com has learned that the Federal Government on Wednesday, finally declared bandits as terrorists.

.Justice Taiwo Taiwo of the Federal High Court in Abuja on November 25, 2021, had granted an ex parte application by the Federal Government for Yan Bindiga (Hausa word for gunmen) and Yan Ta’adda (Hausa word for terrorists) to be declared as terrorists but the regime of President, Muhammadu Buhari, did not do so after over a month.

However, after weeks of footdragging, the Attorney-General of the Federation and Minister of Justice, Abubakar Malami (SAN), gazetted a court judgement that ordered the government to declare bandits as terrorists.

A document released by Malami’s spokesman, Umar Gwandu, on Wednesday, showed that the AGF office had gazetted the court order.

The document titled, ‘Terrorism (Prevention) Proscription Order Notice, 2021’ is contained in Volume 108 of the Federal Republic of Nigeria Official Gazette.

It read in part, “Notice is hereby given that by the Order of the Federal High Court Abuja, in suit No. FHC/ABJ/CS/1370/2021 dated 25th November, 2021 as per the schedule to this Notice, the Activities of Yan Bindiga Group, Yan Ta’adda Group and other similar group in Nigeria are declared to be terrorism and illegal in any part of Nigeria, especially in the North West and North-Central Regions of Nigeria and are proscribed, pursuant to sections 1 and 2 of the Terrorism (Prevention) Act, 2011.

“Consequently the general public is hereby warned that any person or group of persons participating in any manner whatsoever in any form of activities involving or concerning the prosecution of the collective intentions or otherwise of the groups referred to in paragraph 1 of this Notice will be violating the provisions of the Terrorism (Prevention) Act, 2011 and liable to prosecution.”

2022 all blessings, Davido says as he opens his new house on Banana Island, Lagos