Harry Maguire out of Man United squad against Wolves 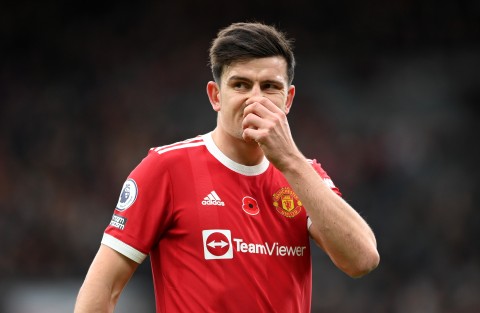 Manchester United captain Harry Maguire has been left out of Ralf Rangnick’s squad for their game against Wolves on Monday.

The England international will miss the game after an injury meant he was left out of the squad.

Maguure did not meet up at the team hotel with the rest of the squad after sustaining an injury in United’s 3-1 win against Burnley last week.

The Athletic reports that Maguire is definitely out of tonight’s game, leaving United desperately short of options.

Now Manchester United is left with just a few options following Victor Lindelof’s COVID-19 status while Eric Bailly was not seen at the team hotel as he prepares to represent his country at the Africa Cup of Nations (AFCON).

It could mean Phil Jones will be given his first start of the season.