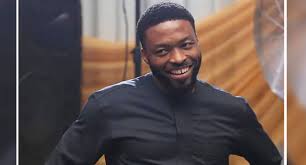 Oyogist.com has learned that Nollywood actor, Karibi Fubara has passed away.

Karibi who was diagnosed with kidney cancer in 2020, died on Wednesday.

His sister, Stella Fubara who goes by “Aya Eneli” on Twitter, announced his demise on Wednesday.

She wrote, “My brother Kabiri Fubara has joined the ancestor’s realm. I’m devastated but not hopeless. He lived fully and with joy. Left a great body of work. Will be a powerful ancestor. I love you #Chief Black”.

Before his death, Fubara featured in many trending Nollywood productions including Smart Money Woman, Castle and Castle, Quam’s money, Royal Hibiscus Hotel and others.

Producer of the ‘Smart Money Woman’ series, Arese Ugwu, mourned the late actor saying, “Such sad sad news. Life can be so cruel. RIP Karibi Fubara. Ours was a professional relationship but you were always so kind, so ready to work, such a team player, such a stand up guy with such an incredible talent.

“The world has been robbed of your light. Thank you for everything. My prayers are with your family and friends in this difficult time. May God give them the strength to deal with this loss. Rest in Power King.”

Such a sad news, May his Soul Rest in Peace, Amen.

Being gay is not a crime, not a bad thing-James Brown