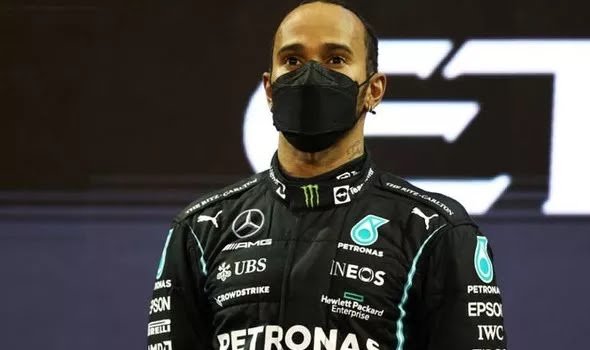 Verstappen had taken advantage of an FIA call to overtake Hamilton under a safety car.

But Hamilton during an interview shortly after the race warned Verstappen about 2022, saying “We’ll see about next year.”

It is unclear if Hamilton was referencing a potential retirement hint over whether he would race next season.

His message could also be interpreted as warning Verstappen that he will be gunning for revenge when the racing resumes in March.

“A big congratulations to Max and his team,” Hamilton added after the race.

“I think we did an amazing job this year. My team worked so hard this whole year, it’s been the most difficult of seasons.

“We gave it everything and never gave up and that’s the most important thing.

“I’ve felt great in the car in the past couple of months. We’re still in the pandemic and I just want everyone to stay safe and spend Christmas with their families.”