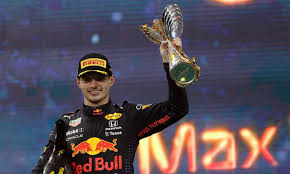 The pandemonium in the Red Bull garage won’t stop for some time.

The Dutchman who was full of emotions stated that he has finally realised his boyhood dream, of claiming the F1 championship.

Verstappen’s first title comes in his seventh season in F1, although he is still only 24 years old.

He is the first Dutchman to have won the F1 world championship.

Verstappen started his driving career at aged 17 in 2015.