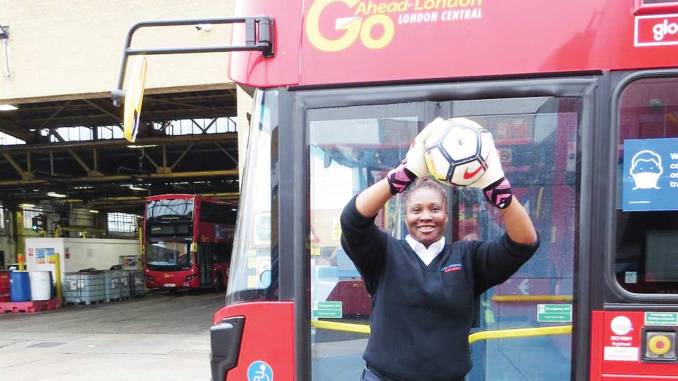 A former goalkeeper of the Nigerian women’s national football team, Rachael Aladi Ayegba, has turned into a bus driver in the United Kingdom.

According to reports, she now drives the number 185 between Lewisham and Victoria.

35-year-old Ayegba told the Standard UK that “When you are trying to save the ball, you need safe hands. But there are ten others on your side.

“When you drive a bus, you are on your own.”

Ayegba, whose favorite player is Cristiano Ronaldo, says she doesn’t play football anymore, though she has coaching licenses.

“Mentally you have to be 100% ready, if you are a goalkeeper the defenders can help you. You can’t make any mistakes driving a bus.”

US announces the arrival of 2.5 million doses of COVID-19 vaccine donated to Nigeria

“Fallout with Kiddwaya was tough for me” – DJ Cuppy