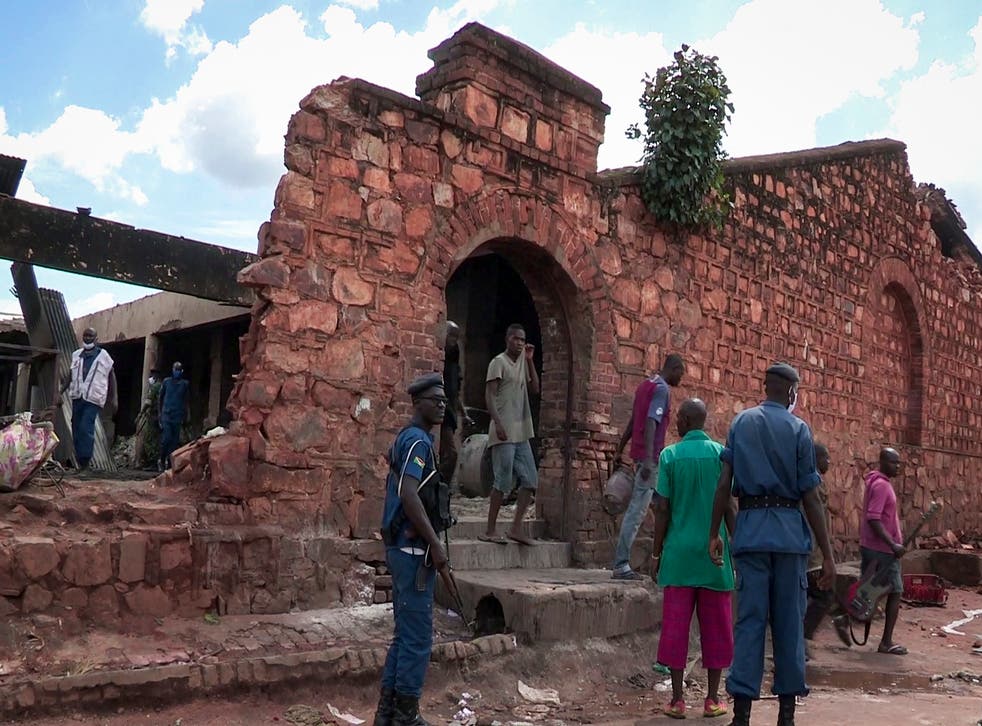 According to report reaching oyogist.com, a massive fire tore through an overcrowded prison in Burundi before dawn on Tuesday, killing dozens of inmates and seriously injuring many more, the country’s vice president said.

Many prisoners were still asleep when the blaze took hold in a penitentiary in Burundi’s political capital Gitega, witnesses said. Much of the facility was destroyed.

Vice President Prosper Bazombanza, who visited the scene of the tragedy with several ministers, told reporters that 38 people were killed and 69 seriously hurt.

The blaze broke out at about 4:00 am local time, and grim images posted on social media showed huge flames engulfing the prison, with bodies of men lying on the floor.

“We started shouting that we were going to be burned alive when we saw the flames rising very high, but the police refused to open the doors of our quarters, saying ‘these are the orders we have received,” one inmate reached by phone told AFP.

“I don’t know how I escaped, but there are prisoners who were burned completely,” he said.

The interior ministry said on Twitter that the disaster was caused by an electrical short-circuit at the nearly century-old prison.