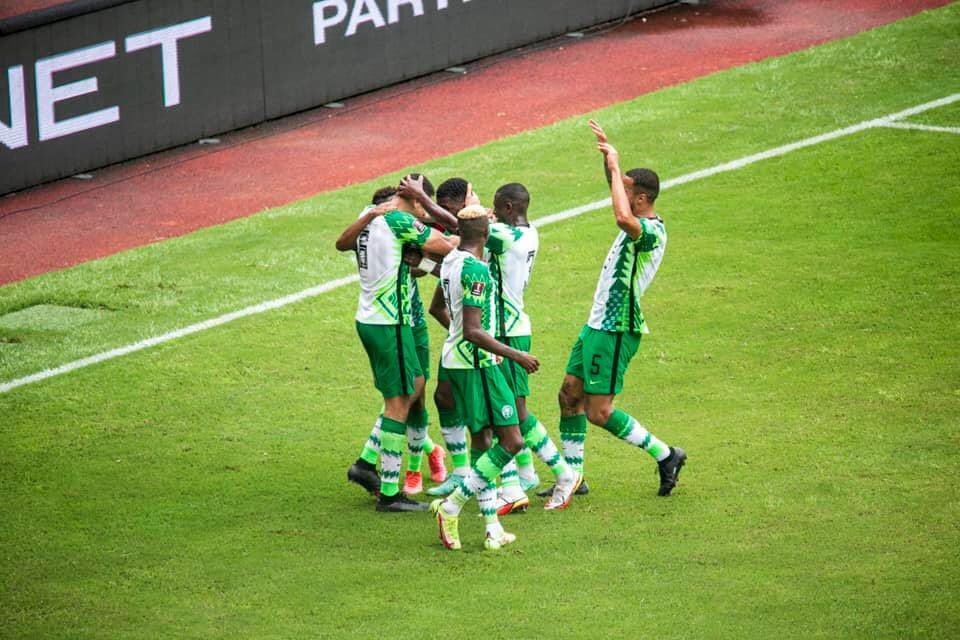 The Super Eagles of Nigeria on Tuesday evening played a 1-1 draw with Cape Verde in a World Cup qualifying fixture.

The match was played at the Teslim Balogun Stadium, Lagos.

Gernot Rohr’s men opened the scoring through Victor Osimhen just one minute into the game.

However, both sides failed to score in the second half of the game as the match eventually ended 1-1 after normal time.

The result means Nigeria top Group C with 13 points from six matches, while Cape Verde are in the second position with 11 points from the same number of games.

It also means that Rohr’s men are through to the World Cup qualifiers playoffs after finishing on top of the group.