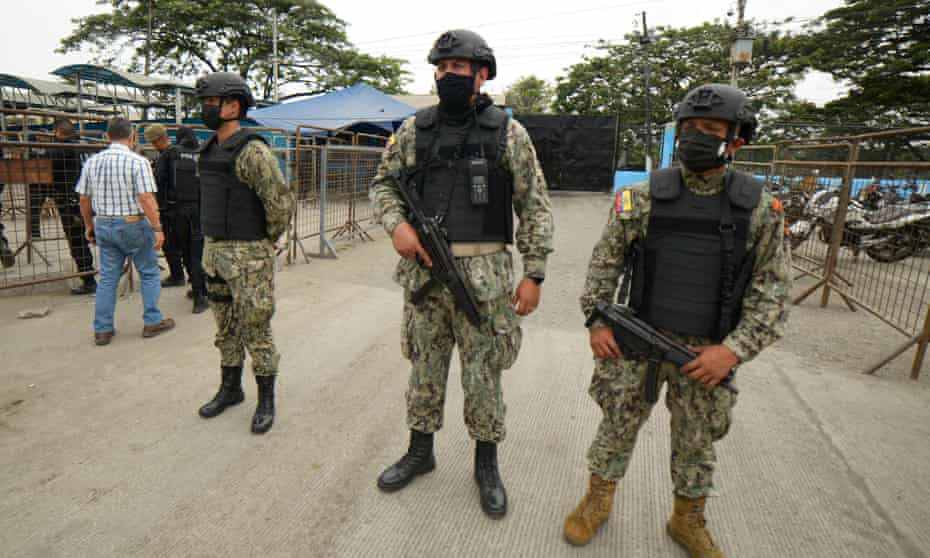 According to report reaching oyogist.com, Ecuador is “seriously threatened” by drug trafficking mafias who want to “take control of all the country’s prisons,” President Guillermo Lasso said Monday, after the heads of the armed forces and the prison service quit following jail riots that left 68 people dead.

Lasso said a “massive operation” was underway by the police and the army in the overcrowded prison in Guayaquil, where two days of fighting between inmates armed with guns, machetes and explosives claimed dozens of lives.

The president said the country faced “one of the biggest crises in recent decades” and warned that the same drugs mafias “were bringing insecurity to our streets.”

He promised joint action to end the repeated slaughters at the country’s prisons.

Soldiers with rifles entered the perimeter of Guayas 1 prison, which includes several security rings, during the day, according to AFP journalists on the scene. But by the evening they had not yet entered the wings where the prisoners live, according to a military source.

The 1,000 police and soldiers entered Guayas 1 “to control access and the external and internal perimeter”, Lasso said.

Lasso was speaking after accepting the resignations of Vice Admiral Jorge Cabrera, head of the joint command, and Bolivar Garzon, head of the SNAI prisons agency.

“The country is under attack, under an international mafia of drug cartels,” presidential spokesman Carlos Jijon told the Teleamazonas network.