Federal government to prosecute Sokoloan, NowCash, others over privacy abuse 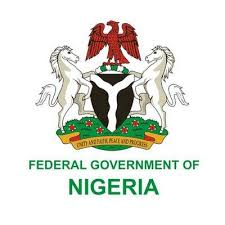 According to reports reaching oyogist.com, some federal government agencies have fully commenced investigations into rights violations in money-lending industry.

This was disclosed in a statement by the Federal Competition & Consumer Protection Commission (FCCPC).

The statement reads: “The Federal Competition and Consumer Protection Commission on November 10, 2021; hosted a meeting attended by the Chief Executive Officer of the Independent Corrupt Practices Commission (ICPC), and representatives of the National Information Technology Development Agency (NITDA) and the Central Bank of Nigeria (CBN);in leading an effort to address multiple potentially dubious conduct of certain money lenders, otherwise known as loan sharks.

Continuing complaints about questionable repayment enforcement practices including public shaming and violations of privacy, arbitrary, unjust, unreasonable, or exploitative interest rates and or loan balances calculations, harassment, and failure of consumer feedback mechanisms among others have led to significant and understandable consumer aggravation and dissatisfaction.