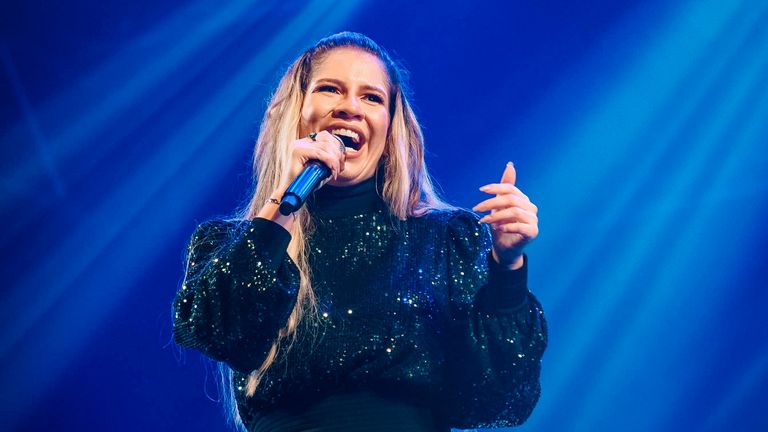 Oyogist has learned that Popular Brazilian singer and Grammy award winner, Marilia Mendonca, has died in a plane crash.

The 26-year-old sensational Singer died along with her producer, uncle, and the pilot alongside his co.

Mendonca had earlier shared a photo on Instagram to her 38 million Instagram followers showing her walking towards the plane with a guitar case in hand.

The plane had departed from Mendonca’s hometown of Goiania and crashed shortly before arrival in Caratinga where she was scheduled to perform.

Photos and videos on social media showed the level of damage done on the plane lying near a waterfall”.

Brazilian President Jair Bolsonaro mourned the passing “of one of the greatest artists of her generation.”

“The entire country receives the news in shock,” he tweeted.

“Marilia Mendonca leaves behind a legacy for Brazilian regional music and culture. She will certainly not be forgotten,” Brazil’s government said via its culture department.

“President of Nigeria is not all-powerful as widely believed”- Fashola