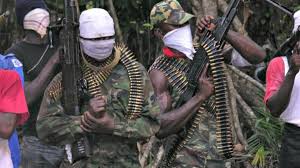 Oyogist has learned that several guumen dressed in black reportedly stormed a secondary school in Abuja, earlier today to abduct the Vice Principal.

Nigerians while reacting on social media decried the incident as they urged the federal government to ensure the vice principal’s immediately release.

A source who confirmed the incident, said the kidnappers wielding sophisticated weapons invaded the school premises.

some of the kidnappers surrounded the quarters, while other gangs scaled the fence into the compound from where they broke into the vice principal’s apartment and whisked him away.

The kidnappers tied down the security guard manning the gate before they forced the victim’s door open.