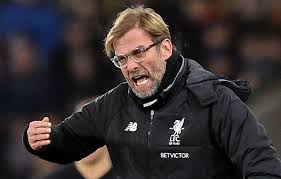 Liverpool fans are currently delighted following as kloop debuted Among one of the best coaches worldwide.

Also, Tottenham’s new manager, Antonio Conte was among the list, although he still has lots of work to do in rescuing the team.

Conte recorded four Serie A titles fromJuventus and Inter Milan and a Premier League winners’ medal with Chelsea, with a track record of almost immediately improving the results of teams he takes over.

Yet the Premier League has moved on from the Italian’s first stint in England, with Pep Guardiola’s Man City and Jurgen Klopp’s Liverpool both undeniably stronger teams, and Conte’s former club Chelsea doing everything possible to retain top spot under Thomas Tuchel after last season’s shock Champions League victory.

Conte now has to proof his worth following his return to the Premier League.