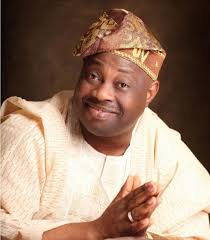 Chief Dele Momodu announced this in a statement on Friday.

He said he joined PDP after wide consultation, adding that he reentered politics so as to contribute meaningfully to the development of the country.

“I have consulted widely. And it is clear to me that given the dangerous and disastrous drift that our nation has experienced in the past six years, the only party from which amends can be made to rectify our situation is the Peoples Democratic Party (PDP),” he said.

“This accords with my vehement opposition to the policies and practices of the All Progressive Congress (APC) and its leadership, which has denuded our country of everything we hold dear – national unity, cohesion, security, economic prosperity, educational advancement, social infrastructure, and above all, our cherished moral values.

“For these reasons, I am happy to declare that I am now a full-fledged participating member of the great and patriotic Peoples Democratic Party.