David Beckham signs £150m deal to be an ambassador for Qatar 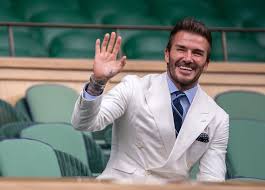 Oyogist.com has learned that David Beckham has signed a £150 million deal to become an ambassador for Qatar world cup.

The deal will fetch him around £15m-a-year for the next 10 years, accumulating to a massive £150m in total.

According to the Sun on Sunday, Mr Beckham flew to Doha this month for a week or meeting with dignitaries.

He was reassured that fans would be allowed to display rainbow flags in stadiums during next year’s tournament and was informed about the growing number of women involved in politics.

Qatar has been widely criticised for its human rights record, with women and gay people suffering from discrimination.