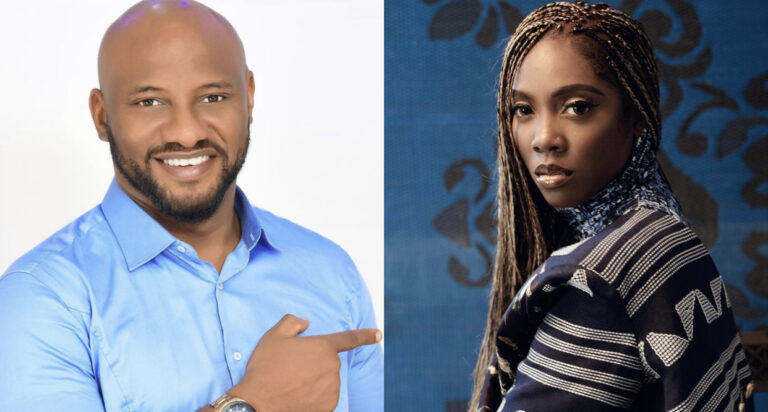 Oyogist has learned that nollywood actor, Yul edochie has commended Tiwa Savage for her courage and strength over the controversies involving her sex tape.

Recall tiwa Savage had earlier revealed during an interview with American OAP, Angie Martinez of Power 105.1, that she was being blackmailed by an unknown person who threatened to release a sex tape that featured her and her current lover.

The ‘singer Futher disclosed that the unknown blackmailer demanded money from her so as not to release the sex tape, but she has decided not to pay the money.

Although the face of the man involved in it did not show, the lady in the video was identified by many as Tiwa Savage.

As the video went viral, some celebrities drummed up support for the singer, as they uploaded her picture and hailed her on social media.