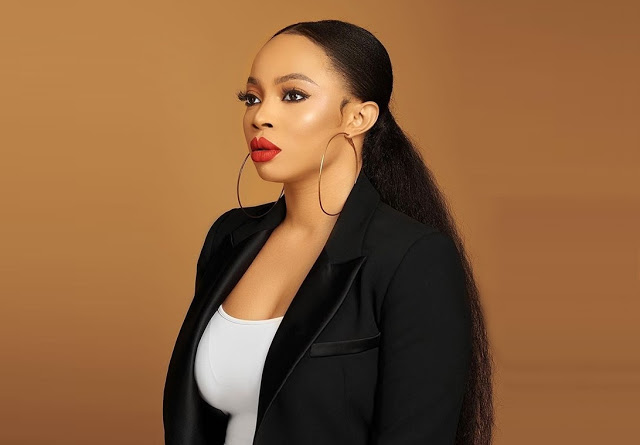 Oyogist.com has learned that Media personality, Toke Makinwa, has stated that internet obsession has affected this generation, to the extent that they do not recognize boundaries anymore.

The show host took to her Twitter account on Friday to speak about how people handle matters on social media.

In the series of tweets, Makinwa stated that people should call their friends on the phone rather than communicate publicly on social media.

She tweeted, “If there’s ever a scandal out there about me and I consider you a friend, not an industry associate but a friend, you better not be holding public opinion polls or setting up analysis on the streets of social media.

“This generation is so obsessed with the internet we don’t know boundaries anymore. If you are my friend, we win together, we suffer loss together, we are in this together and that’s on a period.

“You have my number, use it as a friend. Stop offering advice to your so-called friends on social media, you look like a joke.

“We can disagree in private, beat ourselves up behind closed doors but not air your thoughts on my life with your community. That’s fowl.”