Copyright 2021 - All Right Reserved
Home Politics EndSARS: One year after, no evidence of killing at Lekki tollgate -FG
Politics

EndSARS: One year after, no evidence of killing at Lekki tollgate -FG 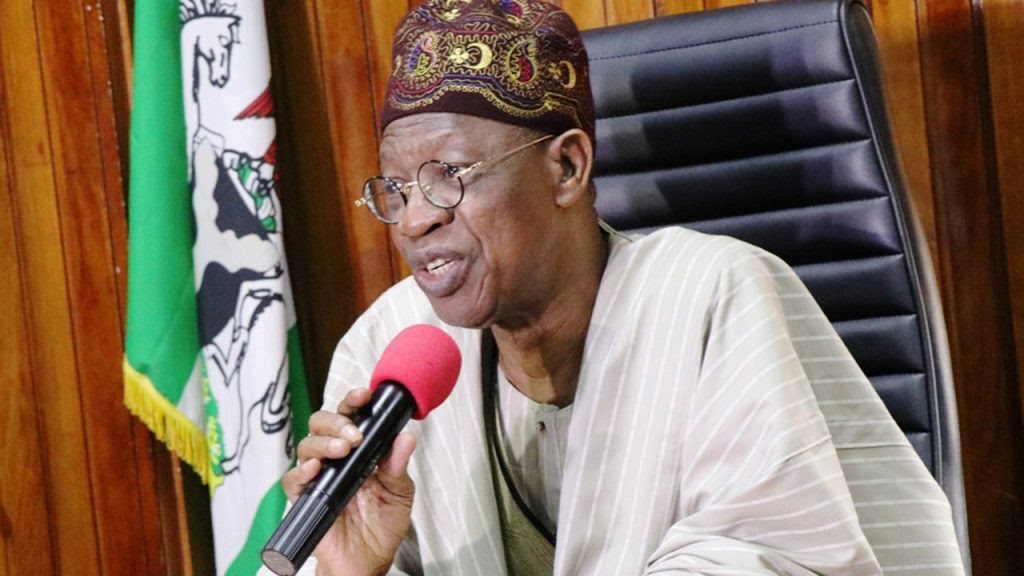 According to reports reaching Oyogist.com, the Federal Government has continuied claiming that one year after the shooting at Lekki tollgate by soldiers, there is no evidence to show that any protester died.

The Minister of Information and Culture, Alhaji Lai Mohammed, made this known during a press conference on the first anniversary of EndSARS on Wednesday.

In the text of his press conference, the minister said the Federal Government was yet to get any evidence for the alleged killing.

Amnesty International had claimed that no fewer than 12 protesters were killed in Lagos State by security operatives during the EndSARS protest.

But the minister described the claim as a “phantom”, noting that

“One year later, and despite ample opportunities for the families of those allegedly killed and those alleging a massacre to present evidence, there has been none: No bodies, no families, no convincing evidence, nothing. Where are the families of those who were reportedly killed at the toll gate? Did they show up at the Judicial Panel Of
Inquiry? If not, why?
“Recall, gentlemen, that after bandying different figures, Amnesty International finally settled at about 12 people killed. On its part, CNN went from 38 people killed to two to just one, after a supposed global exclusive even when the network had no reporter on ground at the Lekki Toll Gate on Oct. 20th 2020.”
The minister also claimed that soldiers did not shoot at protesters at the Lekki tollgate on October 20, 2020.

Mohammed said, “On Oct. 20th (2020), members of the security forces enforced curfew by FIRING SHOTS INTO THE AIR (emphasis mine) to disperse protesters, who had gathered at the Lekki Toll Gate in Lagos to protest abusive practices by the Nigeria Police Force Special Anti-Robbery Squad (SARS)

“Accurate information on fatalities resulting from the shooting was not available at year’s end. Amnesty International reported 10 persons died during the event, but the government disputed Amnesty’s Report, and NO OTHER ORGANIZATION WAS ABLE TO VERIFY THE CLAIM (emphasis mine).”

“With the preponderance of evidence against any massacre at the Lekki Toll Gate on October 20th 2020, we are once again reiterating what we said one year ago, that:

“The military did not shoot at protesters at the Lekki Toll Gate on October 20th 2020, and there was no massacre at the toll gate. The only ‘massacre’ recorded was in the social media, hence there were neither bodies nor blood.”