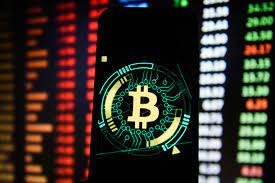 According to report reaching oyogist.com, Bitcoin is up on track after hitting a new all-time high the day after the first United States Bitcoin exchange-traded fund launched following approval by the Securities and Exchange Commission.

According to CoinMarketCap data, Bitcoin is trading at about $66,736 at press time – the highest price that the coin has ever hit. The previous all-time high was around $64,800 back in April.

Many believe Bitcoin is headed much higher than that, with some suggesting it’s headed for $80,000 to $85,000. Bloomberg analysts are far from being the only ones to have expressed such opinions.

A panel of industry experts believe Bitcoin is headed for $80,000 as well, while a crypto data expert forecasted resistance at $60,000 would have provided the last buying opportunity before the coin would head for new all-time highs. With the option of Bitcoin ATM’s (similar to the ones provided by the companies like Coin Cloud) which give the consumers an opportunity to buy the digital currency with cash, it is natural that the popularity and exchange rate of Bitcoin is only going to soar.

CEO Mike Novogratz also recently said he expects Bitcoin and the cryptocurrency market as a whole to pull off another “parabolic move.”