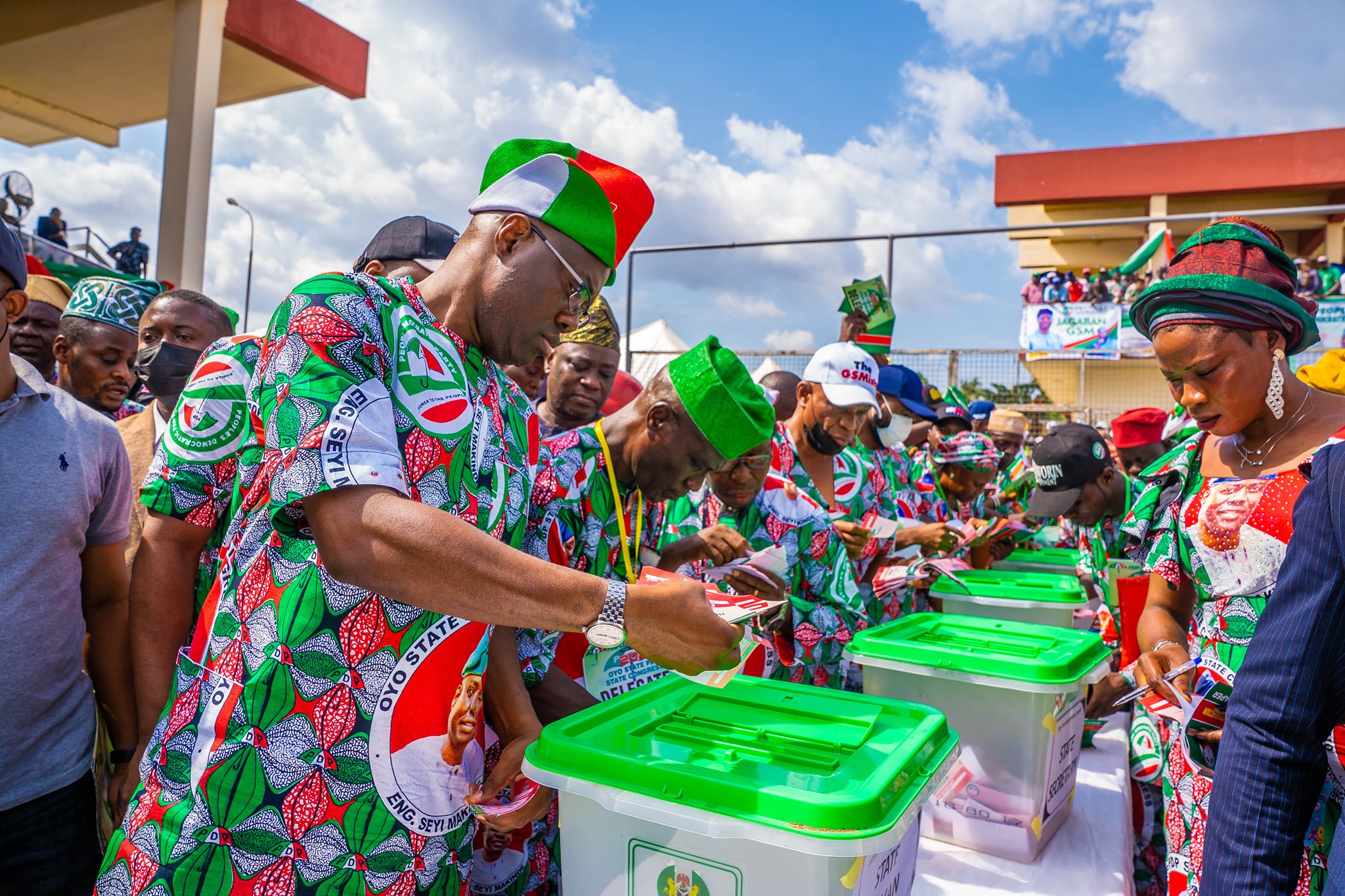 According to report reaching oyogist.com, at least 50 vehicles parked around the Jogor Centre, Ibadan, where the Mrs Mulikat Adeola-Akande-led faction of the Peoples Democratic Party held its state congress on Saturday were vandalised by hoodlums.

The hoodlums, in their scores, armed with sticks and machetes, were, however, prevented by security agents from entering the venue of the congress.

It was gathered that the hoodlums had earlier attacked the venue of the parallel congress held at an event centre around the Oke-Ado area of Ibadan.

Two aggrieved PDP leaders in the state, Alhaji Nureni Akanbi and Alhaji Bisi Olopoeyan, confirmed the attack to our correspondent.

Akanbi said, “They (hoodlums) first came at around 2am and destroyed some vehicles parked at the venue. They came again as we were holding the congress and injured some people.”

Olopoeyan also said, “One of them was arrested and he has been handed over to operatives of the Department of State Services.”

It was further gathered that the faction loyal to the state Governor, Seyi Makinde, held its congress at the main bowl of the Lekan Salami Sports Complex, Adamasingba, in Ibadan.

Ugwuanyi said Ogungbenro scored 3,110 votes out of 3,250 delegates’ votes at the congress from the 33 local government areas of the state. Also, Mr Wasiu Adeleke emerged as the state Secretary of the party with 3,111 votes.

Meanwhile, Chief Michael Okunlade emerged as the chairman of the Adeola-Akande-led faction with a total vote of 2,712 from delegates across the 33 local government areas of the state.

Ogungbenro and Okunlade, in their separate acceptance speeches, promised to unify the party ahead of the 2023 general elections.

Makinde commended the congress committee for the peaceful conduct of the congress and called on the aggrieved party members across the state to return to the party for integration, saying such members would be accommodated.

Comedian, Gbenga Adeyinka reveals why he does not show off his family on social media