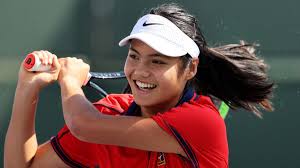 oyogist has learned that GB star Emma Raducanu has withdrawn from next week’s WTA Kremlin Cup in Moscow.

Although, There was no immediate reason given for Raducanu’s withdrawal from an event that is scheduled to hold this week, major sources suggest that this withdrawal has to do with the exit of her coach.

Not much has gone right since the curious decision to part ways with coach Andrew Richardson, who guided her on the summer trip to America which culminated in the New York triumph.

She has yet to find a replacement and travelled to Indian Wells without even a physio, Oyogist learned further

FG To Create Mass Vaccination Sites In Universities, Churches, Others