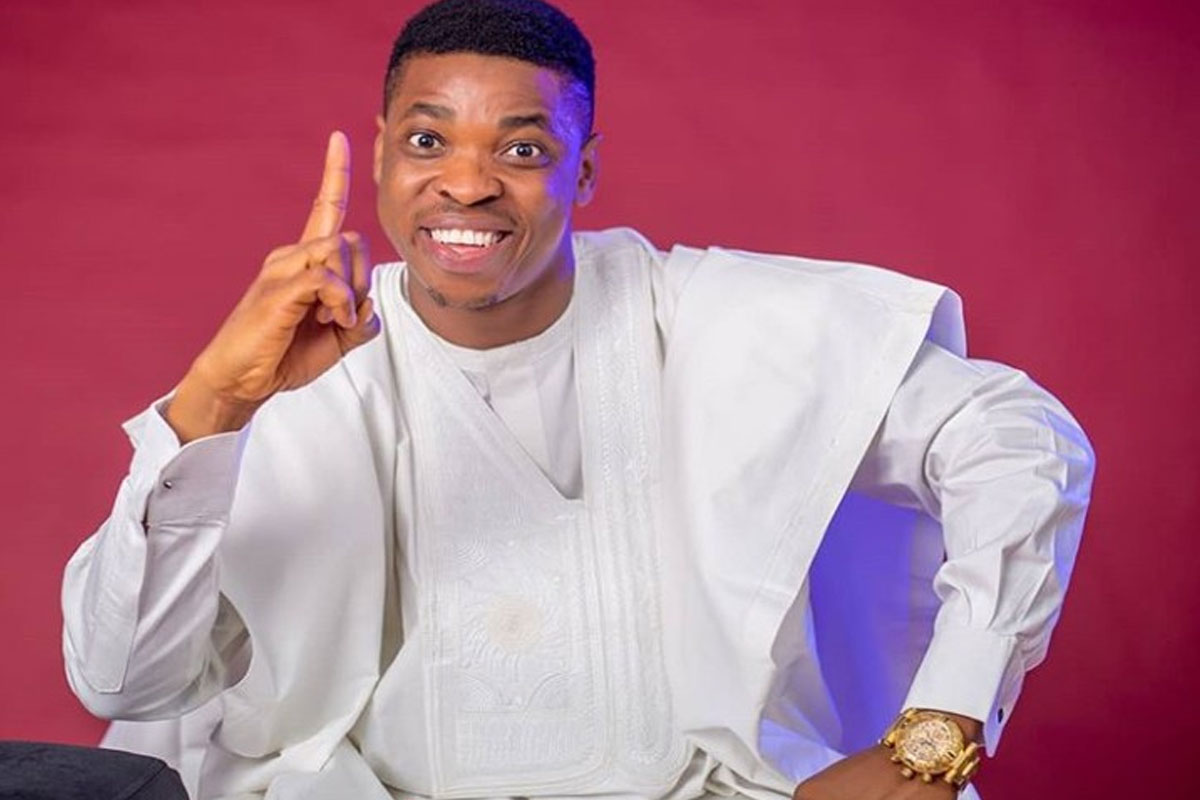 Oyogist.com has learned that Comedian Ayo Ajewole, better known as Woli Agba, has welcomed a baby boy with his wife, revealing that he lost a child a year ago.

Arguably one of the most popular ‘gospel’ comedians in the entertainment industry, Woli Agba stated that when he lost a baby in 2020, he performed on stage like nothing happened.

Woli Agba detailed how he made people laugh on stage while struggling with the news of his dead baby.

In a recent Instagram post where he announced the arrival of his new baby, the comedian stated that God had restored his joy and cancelled the memory of his loss.

Sharing a picture of an adult hand holding a baby’s foot, Woli Agba said, “Last year, I lost a baby but performed on stage like nothing happened.

“January 3, 2020 ‘Hangout with Woliagba’ has been registered to my heart as the day I was heartbroken on stage, hid my sorrows, and made my people laugh while I struggled with the news of a dead baby deep down inside me.

“This year, God has restored my joy and cancelled the memory of my loss. I am so grateful to God. Congratulations to my family. It’s a boy!”