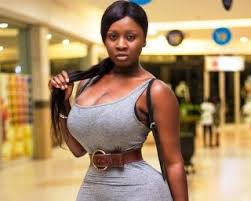 Gambian actress and producer has opened up on how she lost her baby after she got pregnant earlier this year, Oyogist.com reports.

According to the actress with a tiny waist she would have been 7 months pregnant if she didn’t lose her baby.

Recall that Princess Shyngle got married in January 2021 but the wedding ended after only a few weeks.

She has now revealed that she was pregnant but it was an ectopic pregnancy so doctors had to terminate the pregnancy via surgery to save her life.

She went on to express how the incident left her depressed.

This isn’t the first time she has gotten pregnant and lost a baby. She was pregnant for her ex-fiance but later suffered a miscarriage.