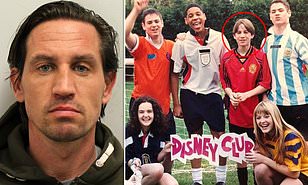 Oyogist has learned that a former children’s television star, Paul Ballard has been sentenced to ten years Imprisonment after raping a woman and telling her her ‘life is ending’.

The sentence will run consecutively after he finish Serving a nine-year-sentence for killing two people while driving under the influence of cocaine.
ImprisonmentPaul Ballard
Share
0
FacebookTwitterPinterestLinkedinRedditWhatsappTelegramViberEmail