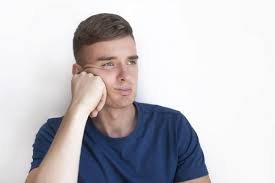 According to reports reaching Oyogist.com, a young Nigerian pharmacist has shared his ordeal with his girlfriend who left him for a much richer guy.

The young lad Identified as Enock took to his official Facebook page to narrate how and what went down between him and his Alleged girlfriend, stating that he gives her the sum of N3000 (Three thousand naira) for her daily up-keep.

However,she told him that the money wasn’t enough, and needs to be increased.

Enoch, Initially considered her request, but before he could revert, she had already sent him a message announcing their breakup and her reunion with a much richer guy.