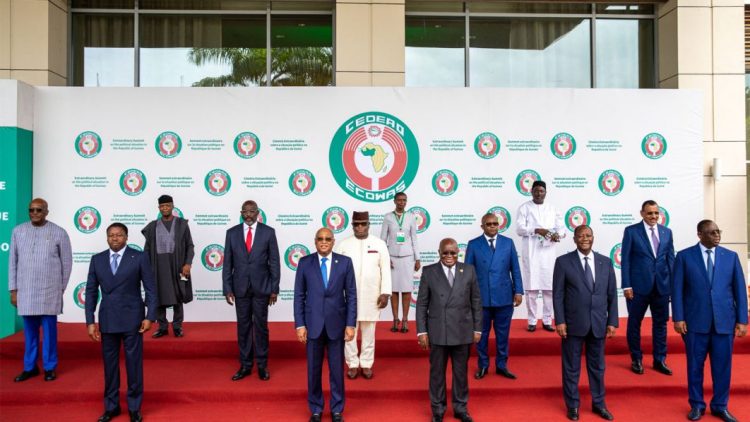 Oyogist has learned that a delegation of West African leaders has been selected to meet Guinea’s junta on Friday, a day after ECOWAS urged rapid elections following a coup in the fragile country.

Ivorian President Alassane Ouattara said on Friday that he was en route to Guinea’s capital Conakry as part of a “high-level” diplomatic mission led by Ghanaian President Nana Akufo-Addo.

An ECOWAS official, told reporters that ECOWAS Commission President Jean-Claude Kassi Brou would likely take part in the meeting too.

The trip comes after an ECOWAS summit on Thursday which ramped up pressure on Guinea’s putschists, who ousted president Alpha Conde on September 5.

Leaders from the West Africa bloc called for the junta to hold elections within six months.

A travel ban was also imposed on the junta members, with several financial assets of theirs froze.

Guinea, a nation with population of over 13 million people, has suffered three coups since independence from France in 1958.

The country has some of the world’s largest reserves of bauxite — the ore used to make aluminium — as well as rich deposits of iron, gold and diamonds.
Guniea Junta
Share
0
FacebookTwitterPinterestLinkedinRedditWhatsappTelegramViberEmail

“Signing Ronaldo will cause many problems for Solskjaer – Carragher