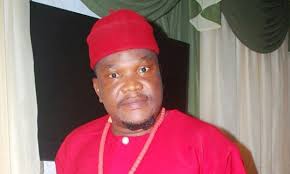 Ugezu via his post on Instagram stated that most of the ladies who vehemently condemn polygamy date married men.

He further described them as people who live fake lives.

”Most of the babes that come online to vehemently condemn polygamy are dating married men offline. I just wonder why some people love living fake just to please the people they have already displeased with lies.

So many saints online”

Marriage is not an upgrade – Dancer Kaffy