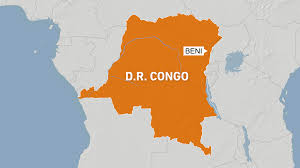 Oyogist has learned that not less than 780,000 people have been registered as displaced in eastern Democratic Republic of Congo North Kivu province since June, a UN official said.

Speaking to UN radio, Suzanna Tkalec, the Deputy Humanitarian Coordinator in the country, said that more than 700,000 displaced persons were registered in Beni and about 80,000 in Masisi and its surroundings in the North Kivu province.

“The situation is very difficult, very worrying. Several people have shared their stories with us. (Some of them) lost their families, husbands, children and are in a situation of extreme vulnerability,” she said.

She further stated that the humanitarian community has already lost at least five workers with some others kidnapped or injured since the start of this year.