MEGHAN and Prince Harry speaks on Their New Life In America 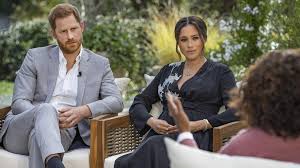 Oyogist has learned that the Duke and Duchess of Sussex are reported to have no regrets about their decision to quit royal life, as seen in their new book titled “Finding Freedom”

Recall the Royal Family went into crisis mode when the couple quit the Firm last year as the Queen was forced to publicly respond to claims made in their bombshell Oprah interview.

But According to Sources, in an updated chapter of Finding Freedom, authors Omid Scobie and Carolyn Durand say “as difficult as recent years have been, neither Harry nor Meghan have any regrets about the decisions they have made”.

Scobie and Durand wrote: “[These accomplishments are] another sign that [Meghan and Harry] had made the right decision to step back from royal roles, not only for their family but for their focus on social issues and helping the world and they are proud of that decision.”