Copyright 2021 - All Right Reserved
Home Finance Bitcoin rises above $50,000 for the first time since may
Finance

Bitcoin rises above $50,000 for the first time since may 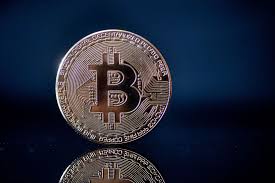 Bitcoin has risen above $50,000 for the first time after it experience a huge decline for more than three months.

Also, Ethereum and Dogecoin rose more than three per cent and nearly two per cent, respectively.

PayPal had announced that consumers in the UK would be able to buy, store, and trade four different types of cryptocurrencies, including bitcoin, ethereum, litecoin, and bitcoin cash.

This however, was one of the reasons why the price increased.

“When a woman you’re dating asks you for money, tell her you aren’t her father” – Reno Omokri advises men