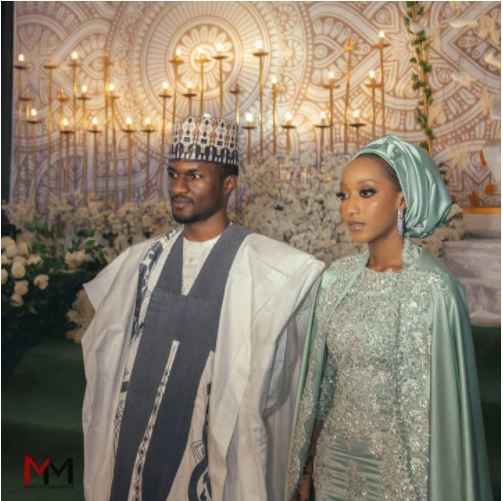 The son of President Muhammadu Buhari, Yusuf, and Zahra Bayero, the daughter of Nasiru Ado Bayero, the Emir of Bichi in Kano State, officially became husband and wife, Oyogist.com reports.

The wedding Fatiha took place at the Palace of the Emir of Bichi in Kano on Friday, 20th August.A dowry of N500, 000 was paid at the ceremony.

The father of the groom, President Buhari who had earlier dispatched a high-level delegation for the wedding led by his Chief of Staff, Prof. Ibrahim Gambari was present in the wedding.