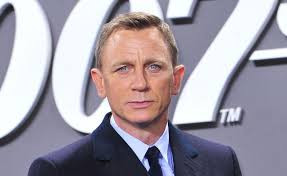 Oyogist has learned that James Bond actor, Daniel Craig has disclosed that he won’t be giving his fortune to his children as he intends on getting rid of everything before he dies.

According to the celebrity Actor, he finds inheritance “distasteful.”

Speaking to UK’s Candis Magazine, the award-winning English actor, who has a net worth of $160 million, said that he did not want “to leave great sums to the next generation” and plans to give his riches away instead.

“My philosophy is get rid of it or give it away before you go.” Mr. Craig also made reference to Andrew Carnegie, the Scottish-born US industrialist and one of the wealthiest men in history.

“Isn’t there an old adage that if you die a rich person, you’ve failed?” “I think Andrew Carnegie gave away what in today’s money would be about $11 billion, which shows how rich he was because I’ll bet he kept some of it too.
“But I don’t want to leave great sums to the next generation. I think inheritance is quite distasteful. My philosophy is: get rid of it or give it away before you go.”
he said.
Share
0
FacebookTwitterPinterestLinkedinRedditWhatsappTelegramViberEmail