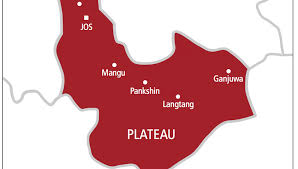 According to reports reaching Oyogist com, At least 22 persons were feared killed on Saturday as suspected bandits attacked travellers in Gada-biyu along the Jos-Zaria road in Jos North Local Government Area of Plateau State.

It was also gathered that the attack which left about 22 persons dead, occurred at 10 a.m and also left many other passengers injured.

The victims were said to be followers of Dahiru Bauchi, a Kaduna-based Islamic cleric.

The attackers reportedly attacked the group, returning from Islamic New Year prayers organised by the cleric in Bauchi State.