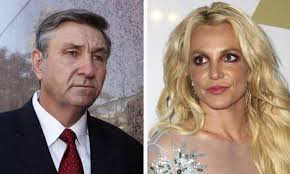 Oyogist has learned that Britney Spear’s father, Jamie Spears, has agreed to step down as conservator of her estate “when the time is right.”

According to legal documents released, Jamie wants to work with the court on an orderly transition.

“There are, in fact, no actual grounds for suspending or removing Mr. Spears as the Conservator of the Estate … and it is highly debatable whether a change in conservator at this time would be in Ms. Spears’ best interests,” Jamie’s lawyer disclosed in the document.

“Nevertheless, even as Mr. Spears is the unremitting target of unjustified attacks, he does not believe that a public battle with his daughter over his continuing service as her conservator would be in her best interests. So, even though he must contest this unjustified Petition for his removal, Mr. Spears intends to work with the Court and his daughter’s new attorney to prepare for an orderly transition to a new conservator.”

“Regardless of his formal title, Mr. Spears will always be Ms. Spears’ father,” the docs continue. “He will always love her unconditionally, and he will always look out for her best interests, the document read further.