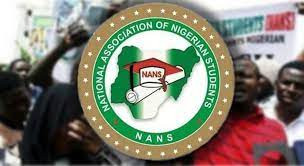 Oyogist has learned that the National Association of Nigerian Students (NANS) has asked the federal government to declare bandits who are kidnapping students in the northern part of the country, as terrorists.

NANS insisted that anyone with propensity to kidnap and kill innocent students in large number should be declared as terrosrsits to any nation.

The union also called for increased security in schools.

“The government should beef up security in schools. It is our belief that students should be going to schools with the assurance that they will be secured.
“I have called on the federal government that they should declare these bandits abducting students in the northwest and north central as terrorists.”
BanditryNANS
Share
0
FacebookTwitterPinterestLinkedinRedditWhatsappTelegramViberEmail

IPOB debunks suspension of Sit-at-home order, says it is sacrosanct