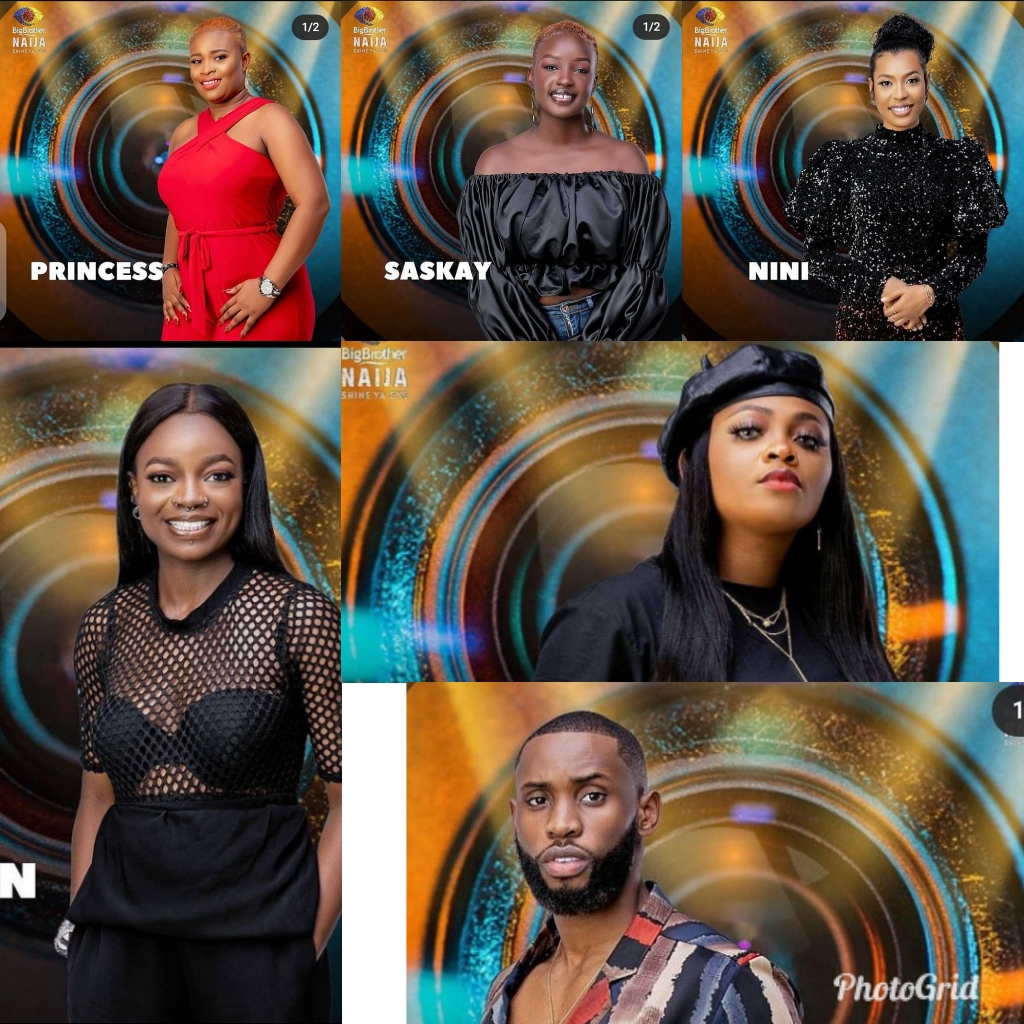 On today’s episode of Bbnaija shine ya eyes show, the housemates were asked to nominate two housemates each they want to be evicted from the house, Oyogist.com reports.

This followed suit after HoH game which Pere won, Biggie called each housemate to the diary room to nominate two housemates for eviction.

Recall the live eviction show on Sunday, 8th August which saw Niyi, Beatrice and Yerins evicted, four other new housemates, JMK, Michael, Kayvee and Queen were introduced to the house.

The new housemates were exempted from being nominated.

Here’s how the housemates nominated;

Jackie B – Saga and Nini

Based on majority, Arin, Princess, Nini, Saga, Tega and Emmanuel were up for eviction.

Pere with his veto power as the HOH was asked to save one person and replace the person with another, he saved Saga and replaced him with Saskay.

Hoh Pere was also asked to choose his Deputy Hoh, he choose Maria as his Deputy.

#BBNaija: Pere Escapes Eviction As He Emerges Head of House