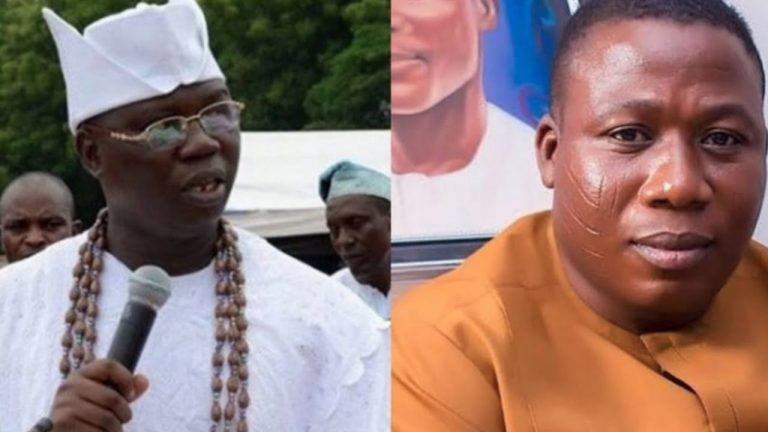 Oyogist has learned that Gani Adams, Aareonakakanfo of Yorubaland, has called out President Buhari-led’s administration regarding the illegal arrest of Yoruba nation agitator Sunday Igboho.

Gani instructed the Federal government to look inwards instead of hunting the agitators.

“I feel bad when the news of his arrest broke out on Monday evening and I started monitoring unfolding events. But I think the FG should be fair to the young man because any attempt to trivialise issues of agitations might set this nation on fire.

“The issue of self-determination didn’t come up overnight. It was a result of the long years of injustice, nepotism, and corruption occasioned by bad leadership. So, the FG will be making a big mistake if it decides to treat agitators of the Yoruba nation as common criminals or enemies. Igboho has a right to his freedom.

“Igboho’s case is gradually exposing FG’s plan to clamp down on all agitators and that is undemocratic, and also capable of turning government to the tyranny of the majority, especially, from a government that came to power with a lot of hope and support from the people of the South-West.
“Right to self-determination is also entrenched in Article 1 of the United Nations Universal Declaration of Human Rights and the African Charter on People’s Rights.”
Gani concluded.
Gani AdamsSunday igboho
Share
0
FacebookTwitterPinterestLinkedinRedditWhatsappTelegramViberEmail