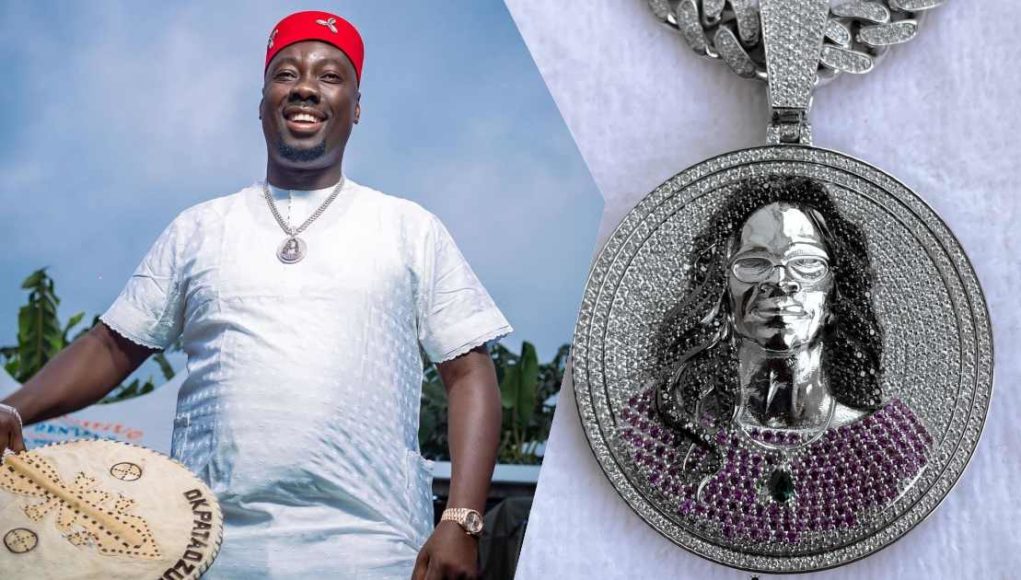 Oyogist has learned that Billionaire businessman, Obi Cubana has acquired a customised diamond pendant for himself in honour of his late mother.

The barman had been in the news following the gift of 246 cows received for his mother whose burial.

According to a luxury jeweler, Obi Cubana had asked what $100K [50 million naira] would get him to honor his mother.

The jeweler made him a diamond pendant with the face of his late mother on it in return.